Govindghat, a town in Chamoli district, Uttarakhand, India, is located at the confluence of the Alaknanda and Lakshman Ganga rivers. It lies around roughly 22 km from Joshimath on NH58 at an altitude of 6000 feet. It is the roadhead and the starting point for trekking to Hemkund Sahib and Valley of Flowers. Hundreds of people, mostly Sikh pilgrims on way to the holy shrine of Hemkund Sahib and occasional tourists to the Valley of Flowers arrive here everyday. 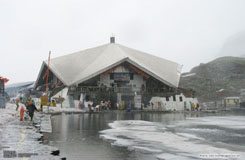 The tenth Guru of the Sikhs, Guru Govind Singhji mediated at Hemkund Sahib for years. The word Hemkund literally suggests 'Lake of snow' and the immaculate water of this lake is as cold as snow. Hemkund Saheb is located at an elevation of 4,329mts above sea level amidst several snow capped peaks, which are collectively called Hemkund Parvat.

It is the last human habitation centre on the way to Hemkund Sahib and the Valley of Flowers. Ghangaria is a scenic hamlet perched at an altitude of 3,050mts above sea level at a distance of 13km from Govind Ghat and 4kms before Valley of flowers. 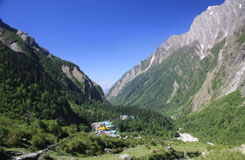 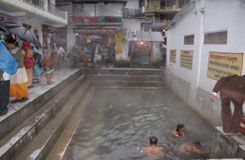 Gaurikund is the commencement point of the trek of 14kms to the sacred shrine of Kedarnath. It is situated at an elevation of 1,982mts above sea level. The place is named after Goddess Parvati, wife of Lord Shiva and a temple Gauri is also situated here. According to myths and legends this is the place where Goddess Parvati, the wife of Lord Shiva did penance involving ascetic and yoga practices to win over Shiva heart.

Badrinath Temple, also called Badrinarayan Temple, situated along the Alaknanda river, in the hill town of Badrinath in Uttarakhand state in India, is a Hindu temple dedicated to Vishnu. The temple and town are one of the four Char Dham and Chota Char Dham pilgrimage sites. It is also one of the 108 Divya Desams, holy shrines for Vaishnavites. 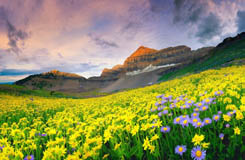 Valley of Flowers National Park is an Indian national park, located in West Himalaya, in the state of Uttarakhand and is known for its meadows of endemic alpine flowers and the variety of flora. This richly diverse area is also home to rare and endangered animals, including the Asiatic black bear. 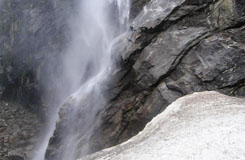 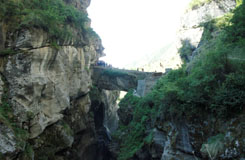 Legend says: While going to Swargarohini, pathway to heaven, Pandavas crossed this river whereas Draupadi refused to jump between the banks. Hence Bhim picked a large long stone and put across the river to enable Draupadi cross the river.

Bedini Bugyal is a Himalayan Alpine meadow, situated at an altitude of 3,354 metres (11,004 ft) in the Chamoli district of Uttarakhand state of India. Bedini Bugyal falls on the way to Roopkund near Wan village. Trisul and Nanda Ghunti are clearly visible from here. 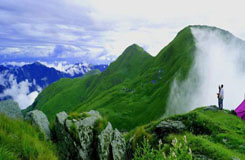 For Kids In Govindghat

Places to eat in Govindghat

NEWS
Nainital: The Nainital ropeway, which was undergoing maintenance for over a year, finally became functional on Sunday. The ropeway operated by Kumaon Mandal Vikas Nigam (KMVN) is a major tourist attraction in the lake town and ferries tourists from town to locations like Snow View Point. READ FULL

Uttarakhand: Badrinath portals to open on 18 May 2021

NEWS
The erstwhile ruling family of Tehri, custodians of Badrinath shrine, in consultation with priests announced that portals of the temple will open on May 18 for pilgrims this year. The announcement comes on the auspicious occasion of Vasant Panchami. READ FULL

Kumbh to be held for 28 days starting April 1 in Haridwar,Uttarakhand

NEWS
In an interaction with mediapersons, chief minister Trivendra Singh Rawat on Thursday said that Kumbh Mela at Haridwar will be held for 28 days and would commence on April 1. "After a wide range of discussions, we have taken the decision. The SOPs issued by the Centre and state will be strictly followed," CM Rawat said. READ FULL

NEWS
In order to cope with a lull in the tourism sector with drying up of international tourist arrivals and lean domestic tourist numbers, Uttarakhand, which draws a large chunk of its revenue from the hospitality industry, is now banking on ‘adventure’ to bring things on track READ FULL
SEE MORE NEWS